Diego Loyzaga Reveals How He Feels Being A “Bastardo”

This is how Diego Loyzaga feels being a “bastardo”

Kapamilya actor Diego Loyzaga reveals how he feels being a “bastardo”.

The young actor is the son of Teresa Loyzaga and Cesar Montano out of wedlock.

During the press conference of his upcoming soap opera in ABS-CBN with the title ‘Los Bastardos‘, Diego shared how it is to be in that situation. He said that he does not have any ill feeling about that fact. The young actor also pointed out that there is nothing wrong in being a “bastardo”.

When asked if he had apprehension in accepting his role in a soap opera that tackles about sons out of wedlock, Diego said: 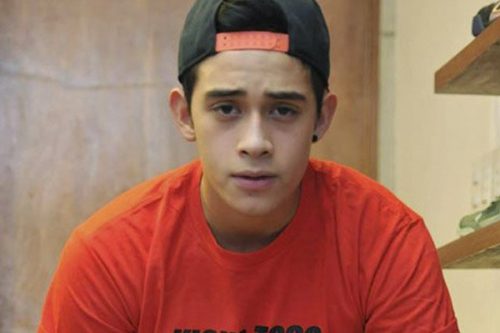 He also stressed out that the story of his teleserye is just a reflection of what is happening in real life.

For Diego Loyzaga, fact still remains that there are so many “bastardos” who went through things reflected in the show.

After this profound statement from the young actor, his co-stars, Joshua Colet, Jake Cuenca, Albie Casino and Marco Gumabao applauded him.

Based on the article published in Bandera, the entertainment reporters who were there during the press conference also commended Diego.

The actor also said another point that his upcoming teleserye does not only show the side of women in this kind of situation. “It’s not about the women this time. It’s about the guys, the struggles, what guys go through from different walks of life. So, what’s wrong with it? Nothing.”

Aside from this, the Kapamilya star also said that he is happy that he is one of the chosen “bastardos” for the show, based on the article.

“The show, my walk of life, being a bastard. I’m happy to be here.”

comment(s) for this post "Diego Loyzaga Reveals How He Feels Being A “Bastardo”". Tell us what you think abut this post by leaving your comments below.