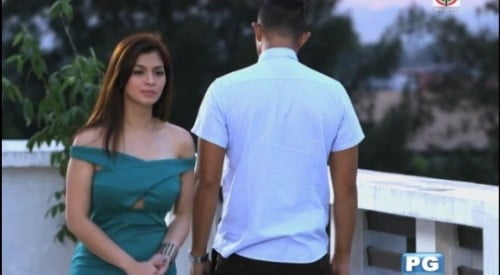 Minutes  after the series ended, the netizens took the micro-blogging site Twitter to express what they think about the finale episode. Majority of them said that the series ended in a ‘realistic’ manner.

On the final episode, Nicole (Maja Salavador), who  plays as the mistress has finally apologized to Monica (Angel Locsin). She also reconciled with her father and promised to start a peaceful life again with her son.

While Monica, portrayed by Angel Locsin, talked to her husband Adrian (Jericho Rosales) and told her both the bad and good things that he have done her. In the end, she returned the wedding ring to him hinting that they might get back together again someday.

The hashtag #TheLegalWife even became the number one worldwide trending topic in Twitter. However, a lot of netizens was also dissatisfied with the ending and used the hashtag “Yun na Yun” to express their disappointments.

“The Legal Wife” is now considered as one of the most successful TV series after it runs for more than 4 months. It was directed by Rory Quintos and Dado Lumibao and debuted last January 27, 2014.

Monica walking away from Adrian but still leaving that glimmer of hope = the perfect ending. Hindi pilit. #TLWTheEndOfAnAffair

Atleast there was hope for the main characters. Not the usual happily ever after that we used to have on our teleseryes. #TheLegalWifeFinale

Realistic. Each Character made the Right Choice. Right way of Loving. #TheLegalWifeFinale I felt the heart of every character. great finale!